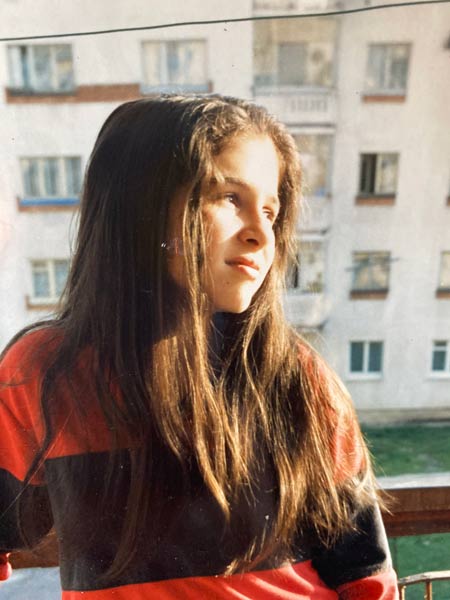 Like many people, I can trace my problems around money to my childhood.

I grew up in communist Romania. It was a time of lack, scarcity, and life was simple. People had money, but there was nothing they could buy. The shelves in the grocery store were empty. Clothing departments sold only essential items. Then we had the Revolution in 1989, and everything changed in the blink of an eye. We had freedom and so much stuff we could now buy: clothes, food, cars, toys, carpets. And juice in all flavours – I must have been 8 or 9 when I had my first Pepsi.

My mom left her high-paying “corporate” job to open a small brick and mortar shop selling perfume, deodorants, make-up, hair-dye and everything in between. Mom worked hard in that shop. She was great at dealing with people, and most customers returned time and again.

In a short time, we went from having an income like many in our little town to having more than most. But mom was terrible at managing money, and she struggled around the big money decisions.

Our family issues around money grew into secrecy. My parents started frequently quarrelling. Their conversations about anything money-related would inevitably end up in yelling and door slamming. It was an intense time for us all. I didn’t know it at the time, but I had already started creating my story around money. And it was a story that was going to cause me many problems.

I’ve done a lot of self-development work over the years. But despite achieving a generous salary, no mortgage or credit card debt, I’d have next to nothing at the end of every month. I had no idea how to handle money because money made me sad, guilty, angry and ashamed.

At times I’d go out of my way to project a glamorous image beyond what was in my bank account. (As I would later discover, that’s what an unbalanced Celebrity Archetype does.)

“Screw it, I’ll get this because I deserve it!”

My relationship with money also had bouts of “feast and famine”. I’d get a big bonus or make some extra money from all my projects, then blow it all out on stupid things. This was an example of my out of balance Romantic archetype, or the inner pleasure seeker who says, “screw it, I’ll get this because I deserve it”, and then splashes everything they have in one go.

But most of all, I avoided money talk like the plague. I would hesitate whenever I had to ask how much something cost. I was certainly incapable of renegotiating my salary.

In 2016 something really deep within me surfaced. I struggled to understand how someone like me, with so many skills, passions, enthusiasm and ease of relating to others, was so stuck when making money, managing money, or simply being around it. Then a dear friend introduced me to David Neagle’s books. My jaw dropped. It was so different from anything I have ever read. And his own transformation story – oh boy!

You see, I tried countless times to act and get more responsible with money. I read a library of money-mindset books from Robert Kiyosaki’s, Wallace Wattles, Napoleon Hill, Ramsey and Tony Robbins. I sat through their wealth seminars. But I couldn’t relate to their stories. They were men in their 50s, wearing suits and using technical money language that sent me to sleep.

After a few months of immersing myself in this world, I came across, through a beautiful series of synchronicities, Denise Duffield Thomas’s work. And she changed my life forever!

I was beginning to believe a different money story.

Denise Duffield Thomas was speaking my language when it came to money. Her advice was simple, effective, actionable and most of all, practical. Oh yes! It was down to earth; it had no “technical” jargon, and I was hooked.

I threw out all my old money-mindset books and surrounded myself with glorious women doing this kind of work.

Slowly and steadily, my life began to shift; I no longer felt that knot in my stomach whenever I checked my bank account.

I learnt for the first time in my life to save money. I opened up my first savings account at 33 years old, and I automated a monthly sum, so I won’t have time to change my mind and spend them all.

I learnt how to set healthy boundaries when it came to money and stopped being a “slave” to them.

I learnt how to say “no” when I meant “no”, and I realised that I can still be a “good person”, help others AND make money.

I learnt that you can be spiritual and still want money, make money and be around money. And importantly, that more money won’t make you an arse if you genuinely aren’t one, to begin with. 🙂

I learnt that it’s OK to want to enjoy life to the fullest.

I learnt that “rich women” come in all shapes and sizes and that if you are living and acting and making decisions in alignment with your primary money archetypes, life can be super easy and flows effortlessly.

So much was possible once I discovered my Sacred Money Archetype. 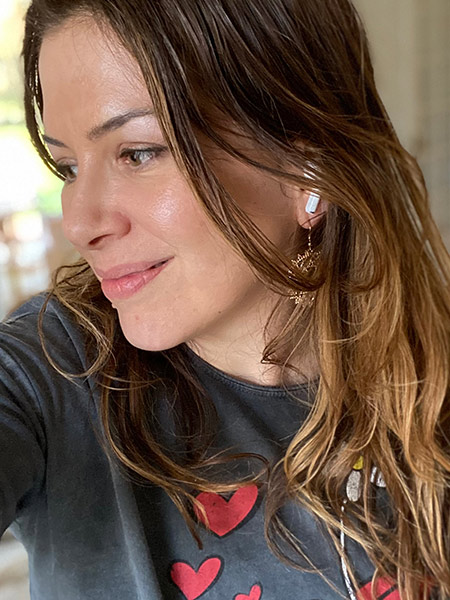 Sacred Money Archetypes® is a registered trademark of Heart of Success, Inc. and licensed by Ileana Bumbulici Copyright 2021 Kendall SummerHawk